Tea With The Dead

You are embalmer. It’s a Monday morning. You have just embalmed a corpse, dressed it in its finery ready for the funeral parlour. Having discarded your rubber gloves, put away the fluid and syringes, you turn into the little adjoining kitchen for a well earned cup of tea. You have a habit of asking rhetorical questions of the corpses. (I suppose that is the only kind of question you can address to a dead person!)

You ask “Would you like a cup of tea?” Not surprisingly there is no reply. You then ask, ”How many sugars?” When the answer is “Two” you turn around to see that the corpse has left the slab and is sitting at the table. This is repeated, with a different corpse each day of that week. How would you react? This happened to Frank Finnegan an easy going middle-aged embalmer in Ballyconneely, Conemara, Co. Galway. 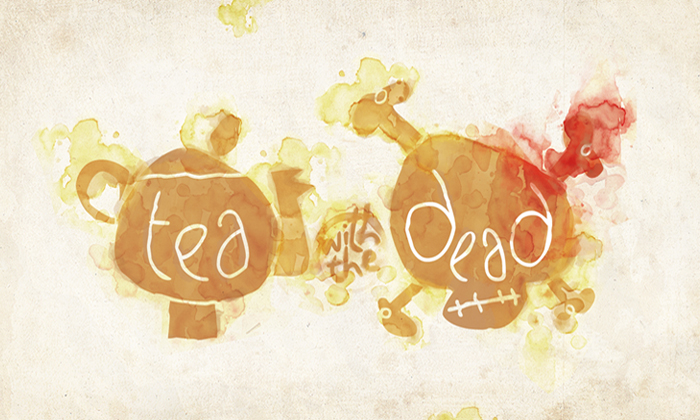 Still with me? You don’t believe me?
One corpse, Patricia, is 66 years old and grew up in Donnybrook Cottages. She tells the story of her adoption in 1947 and relives memories of her happy childhood growing up in Dublin. Then, she tells of finally making contact with her biological mother in 1993. Her story is a perfect example of the tone of the entire series, a charming snapshot of Irish life as experienced by Patricia. Mixing humour with tragedy and juxtaposing tender moments with harsh honesty.
Another corpse “interviewed” grew up in Dun Laoire, married Tommy who worked on the ships, they got engaged when she was 19. They had 6 children but they had some interesting things happen along the way, like most Irish people, Ann tells her story the only way an Irish person can.

And a male who got up off the slab told a story of growing up in Wicklow, working on the buses and being the victim of loneliness until everything changed leading to a happy ending.

Producer Susan Broe told me, ” The scripts will be 95% transcribed from interviews we've done with the public. We will advertise for people to send in their stories and we'll choose the most appropriate. We'll set up interviews and record the chosen stories. The interviews will not be scripted at all and the interviewer will say the minimum possible, a la Michael Parkinson.”

Tea With The Dead's creative intentions is to show how the landscape, culture and attitudes of Ireland and its people has changed over the last seven decades, and at the same time concentrate on the one constant that is ever present, the ability of the people of Ireland to connect, move and uplift through the art of storytelling.

As Susan says, “Tea With The Dead won't just be Frank sitting across from the deceased having a chat. We will be transported back in time as the deceased reminisce about the past. For instance, when the deceased is talking about walking on the pier with her husband, a sea gull will land on the table.

The next shot will be Frank and the deceased sitting at the table on the pier watching the deceased as her younger self. Then with a simple 'click' of a teaspoon against a tea cup, we will be instantly back in the kitchen.”

Frank Kelly, of “Father Jack” and “Ballykilferret” fame will play the lead character, embalmer, Frank Finnegan. The other voice recording artists will be from the public, who, more likely than not have never been recorded professionally before. So it's important that the atmosphere for the voice recordings are really relaxed so the interviewees are themselves and their genuine personality comes through.
The entire show will be a working week in Frank Finnegan’s life with each episode corresponding to a different day. Frank meets 4 deceased clients from Monday to Thursday and so has 4 different conversations.

On Friday the opening sequence will be different, the shots will be the same but Frank and the deceased won’t be there. Eventually Frank comes in. He pours himself two cups of tea. Frank looks at both cups. On screen we hear “Hurry yourself up, Frank”. Frank’s wife is sitting at the table. Frank and his wife have a wonderful conversation.

The theme of Tea With The Dead is primarily how Frank Finnegan deals with the death of his wife. Each chat he has is simply Frank projecting his grief by imagining conversations with the dead. The show acts like a therapy for him.
Susan says, “It’s important that we get a balance of humour and tragedy, something that is inherently Irish. Irish people are known for their unique, exceptional storytelling. This will be the heart of the show.”

Tea With The Dead will be shown on television, worldwide, later in the year. Watch this space and go to wiggleywoo