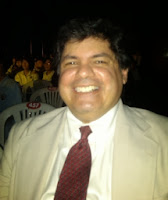 I have been living and working as a Cultural Diversity teacher at the Suzhou International Foreign Language School in Suzhou, China for approximately 13 semesters now. I can honestly say, it has truly been fun and rewarding for me to teach here.

When teaching I always try to insert humor into my lesson plans but when I first arrived in China. I quickly noticed that American humor is quite difficult for the Chinese to understand. Culturally speaking, what is humorous in one culture may not be entirely understood in other cultures. One reason for that is most humor is language based it’s a play on words and meanings.

For me personally, I found out quickly from teaching here that I lack the proficient language ability to tell a good joke in Chinese. When I try to tell jokes to my Chinese students I’m told that I don’t have the right verbal cues that a Chinese person would use to make the jokes hilariously funny. My students do say, however, that I look funny when attempting to tell a joke in Chinese.

When I was a kid I loved watching the old ‘Abbott and Costello’ movies on TV and part of their comic appeal was their ability to crosstalk, like in their classic, ‘who's on first’ routine. The crosstalk word play is an essential element in the ancient Chinese art of comedy as well. There is a centuries old tradition of Chinese stand-up called xiangsheng (crosstalk) and this sort of comedic art is funny in any culture.

In most of the old comedy teams in America like ‘Abbott & Costello’ you will find a funny man and the straight guy. The same can be found in China and crosstalk is the major form of the comedy. Crosstalk began in Beijing where some comedic skits go as far back as the Ming Dynasty (1368–1644).

In the 1960s comedy teams in America such as ‘Rowan and Martin’ used the politics of their day to bring in the laughs but here in China after 1949, political humor was banned. Modern times and modern politics have altered what can be funny in China and crosstalk was re-adapted. The humor is rather vanilla; this is the opposite of political satire.

I have learned also that after 1949 comedians in China had to clean up their humor. They had to get rid of country bumpkin jokes because the peasants were the heroes of the Chinese revolution. Of course, all the sex and bawdiness was gone, too.

What I find quite interesting though is that many young people here in China love ‘Jiong Situ.’ In English, Jiong Situ, is known as ‘The Daily Show with Jon Stewart,’ Chinese netizens have taken to translating Stewart's show into Chinese and posting his humor online. The Chinese love posting political satire on the internet where they can remain anonymous from the internet police. Jon Stewart jokes are still a long way off from gracing Chinese prime time. His jokes are far too politically sensitive.

Improvisational comedy has become quite entertaining in China as well. If you have ever been to an Improv show, it's a pretty familiar scene. The audience shouts out suggestions, the players improvise a scene. Except that here in China players mix English and Chinese together it’s referred to as ‘Chinglish.’

The topics at the Chinese comedy clubs are rather tame nothing to bawdy or political and I suppose that is a major reason I prefer American humor over Chinese humor. One thing I found interesting though in most of the Improvisational comedy clubs, the Chinese players do not want to be videotaped or recorded due to fear the videos or recordings will be posted online.

I like to tell my Chinese students that in America, when it comes to political satire, such fear as to what we say or how we say it is unnecessary. We have our freedom of expression and that is something most entertainers in China envy about us Americans.

I like telling my students that “laughter is the soul’s way of breathing,” it's also a natural healing power for whatever ails us.

The Chinese have a saying “laughter is the shortest distance between people” and that saying is profoundly true in any culture.

Humor has always been a perfect art form for connecting with others and I try to make the best of it in my classes here in Suzhou, China.