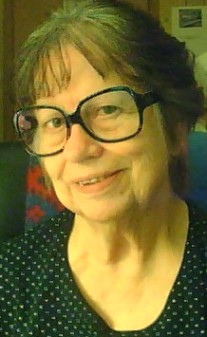 January gets to be the leader each year, ushering in the New cycle of months to be filled with new and hopefully precious memories. It holds many Birthdays, the first belongs to our author and friend, LC VanSavage, the sixth finds the "Armchair Genealogy" researcher wearing her birthday shoes. There are many more of this editor's family, the First Born, and numerous others turning that new personal year's opening page. Wishes for a Happy New Year for each of our writers and readers are stacked to the rooftop. And at the top is "Happy New Year!"

Bud Lemire sent two poems on that theme, "Have A Happy New Year," and " Hope in The New Year." His other one is "Everybody is A Star." Bruce Clifford submitted the "Changing of The Guard" and "Constant Reminders."

John Blair's poems vary in time and distance but always touch your heart. This issue brings you "Riding Down the Highway," "Feeding Birds," "Time for Love." "Sitting in The Night Alone," "More Than I Can Know," and "Full Moon and Empty Night."

Judith Kroll's column "On Trek" graces us with her poem "The Bridge of Rainbows." LC's poem, "The Kiss Goodbye," expresses her thoughts and possible plans for de-cluttering her life. Her column "Consider This" focuses on "The Mounds of Sins."

Rod Cohenour's "Cooking with Rod," remarked he knew most of the holiday cooking is over for now, but shares two memorable recipes developed by his wife. Nothing like spousal cooks to keep a family well fed, and he guarantees these special dishes.

Thomas F. O'Neill, "Introspective," discusses the scientific 'race' between China and America. "Reflections of the Day" by Dayvid Clarkson, with a pic of him as Santa, explains his admiration for a very special person. "Irish Eyes" the column by Mattie Lennon of Dublin, introduces us to Des Garvin, an author whose book "Fields of Rye" was launched recently.

Melinda Cohenour's "Armchair Genealogy" continuess the saga of trying to chase down with research, a named relative with enough documentation to tantalize and prove his existence, but not the linking records farther back. Part Two shows her progress and includes some wonderful photo's and paintings. That dress in the first pic would have logged many hours in the making.

Our Numerological forecast for "2017– A 10/1 Universal Year " is by the renown Michael John Fierro. Fierro did an entire series of lessons on numerology in subsequent columns we carried titled "By the Number." These can still be accessed by clicking his byline on the article.

Our friend and columnist, LC VanSavage's article "1rst of January by LC" confesses her thoughts on another birthday for both herself and the countdown of Years. She makes some good points, and others who share their birthdays with big holidays will find parallels to their own feelings.

A whole new year of Thank you's are ahead for Mike Craner for his expertise and patience that allows this little ezine to continue its mission of encouraging writers, experienced and beginners, and to promote reading.

We will be here in February thinking of our valentines as we begin Volume 20 of Pencil Stubs Online.