And All His Songs Were Sad, is a play with music about the Irish songwriter Sean McCarthy and his complex relationship with the singer Peggy Sweeney. Her gorgeous, definitive recordings of McCarthy’s folk tunes about death and unrequited love were responsible for cementing his fame throughout Ireland.

Irish singer/ songwriter, Sean McCarthy wrote 164 songs. Many of them were recorded by singers worldwide but for years he pestered one award-winning, female recording artist to record his works because he claimed that she was the only one who could “do it right.” Peggy Sweeney eventually made two albums of his songs but he was dead before they were released.

From Fort Worth Weekly: “Their collaboration was so intense, many people wanted to know: w6320as there any funny business going on?... The more intriguing thing about their ‘artistic friendship’ was that Peggy seemed to be the artist, while Sean was her muse. That’s an interesting reversal of the typical singer-songwriter arrangement.”

This brand new musical; produced by CBS Portlaoise student Richard Mansworth; telling Sean & Peggy’s story is set to make you laugh and cry. A visually stunning production and a cast of some of Ireland’s most talented performers make this a show not to be missed this summer! (See pic below)

Richard is no stranger to the stage. Since the young age of 5, Richard has performed in many shows as the lead soloist as well as being featured in the chorus and ensemble for various other shows.

This is Richard's seventh show to direct and produce. His show last year was described by many as the highlight of their year and last summer’s show on this stage, ‘West End Fever’ was a great success and received a standing ovation from a sold out theatre.

Richard has performed in many local shows including ‘The Addams Family’ last year with Portlaoise Musical Society in Dunamaise Arts Centre for 8 consecutive sold out nights & 9 Shows. He also performed in the Kellyville Park School of Music end of year productions in 2013 and 2014, a Magical Christmas Tale, The Little Mermaid, Class Act, Peter Pan, Oliver and Mulan, to name but a few! Richard has also appeared in some professional stage productions in Dublin, including West Side Story in the helix last August & being cast in Phantom Of The Opera.

Richard has competed in many well known competitions such as the famous Britain's Got Talent and he achieved first place in Foroige's Got Talent!

Richard has appeared many times on television and radio including elev8, Clue Crew and an appearance on a National Lottery advertisement & Lidl Advertisement.

He was a guest presenter in the RDS for the Cycle Against Suicide campaign and was interviewed about this on Irish TV. 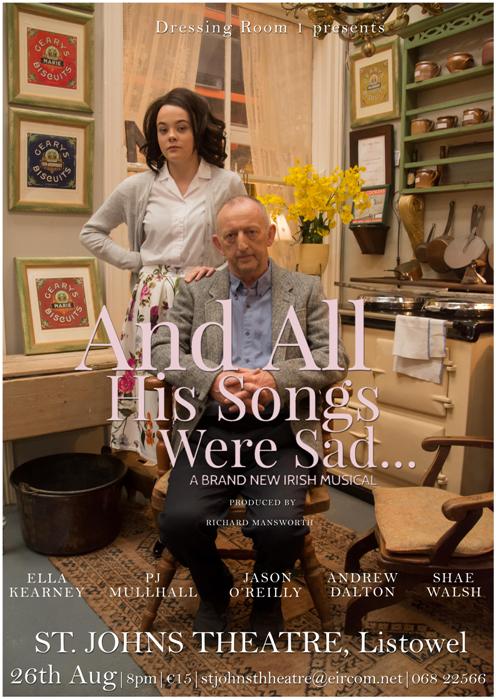