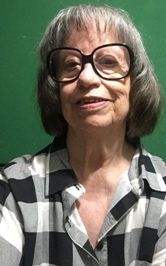 "Love is but the discovery of ourselves in others, and the delight in the recognition."--Alexander Smith

We are loving the fact that this issue begins the 22d year of Pencil Stubs Online which would never have happened if Mike Craner had not sent in his poems when Hobbie$, Etc. was the AMEA Publications offspring in publication at the time as a newspaper format magazine being mailed to seven countries besides 42 states in the USA including Alaska and Hawaii. When notified that January 1998 was to be the last issue of that magazine, he contacted us saying you have to keep publishing because it helps so many people be recognized for their talents. He continued, saying he had recently begun working up web pages and thought that the magazine could make it online. I agreed but with the stipulation that it should be free to access and not be filled with advertising, which the eZine isn't although the Blog version is done through Google now, and they insert "applicable info." The result is that we are here today, thanks to Mike Craner's foresight. What would we do without him?

LC VanSavage author of February's two articles, "Gone" about a nautical mystery, and "I Resolve NOT To" explains why though born on January first, prefers not to make resolutions every year. She discusses in her column "Consider This" the decisions one faces when falling in love with "Young Love/ First Love/Filled With True Devotion." Marilyn Carnell begins her column "Sifoddling Along" in 1914 with events that would shape her life. Thomas F. O'Neill, "Introspective" has begun new courses at the Lock Haven University in Pennsylvania now, though he says he plans to return to China in the future.

Mattie Lennon, "Irish Eyes" - announces what promises to be a collector's item in the music world with a limited re-issue of Count John McCormack's album. McCormack has been named "the world's greatest Tenor" and now those who've never heard him sing will have the opportunity. Judith Knoll author of "On Trek" explains why she believes that we all believe what our eyes see. "Cooking with Rod" by Rod Cohenour presents a great recipe for these cold, wintry days - Smothered Pork Loin Chops by M.

Melinda Cohenour's "Armchair Genealogy" turned in about the only other composition, (besides LC's,) that could make reader's recall that February is the Valentine month when she tells a family story of love, a 72 year marriage, that faced challenges around the globe, featuring her mother's sister Linnie Jane Joslin Burks and her beloved husband Dr. Edgar Harold Burks, Jr. Melinda is your editor's youngest sister.

A dozen poems can be found this month:


SusanD Dimitrakopoulos aka Spuds, a professional photographer, sends "Wishing Well," and a pic to dress up the page;

Bud Lemire submitted "This Heart of Mine."

Judith Knoll has two poems this issue: "Always Find Time for You," and "Broken."

Mary E. Adair, your editor, composed these two in January, "Awake," and
"Our Wagon Train   Rolls On."


Click on author's byline for bio and list of other works published by Pencil Stubs Online.
This issue appears in the ezine at www.pencilstubs.com and also in the blog www.pencilstubs.net with the capability of adding comments at the latter.