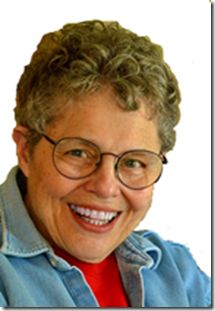 Board or Bored, I Hate Those Games


Were you a good parent to your children? Did you play with them when they asked? Were you a good and attentive buddy? I hope I was.I mean if our boys have been in therapy all their adult lives because they were stuck with a whackbird mother, they at least have had the decency to not tell us. I believe in the no-news-is-good-news apothegm, and I don’t exactly know what that word means either nor how to pronounce it.

What I wish to discuss today is the board game issue.I simply cannot endure them. I know what you’re thinking; “Well LC is just too stupid to learn how to play board games so she announces she hates them to cover the fact that she’s too dumb to learn them.”

Could be. I think it’s safe to say that barring maybe two games of checkers, I have never ever won a single board game in my entire 81 years. Honestly, I just don’t remember anyone ever congratulating me on a smashing board game victory. I know our young sons granted me the occasional mercy win at Tic Tac Toe, but they don’t count.

Checkers is a bit daunting.I have one of those gigantic cloth checker boards with checkers the size of mayonnaise jar tops, so my never winning can’t be blamed on poor eyesight. One of my perpetually bored grandchildren will sigh and ask me if I’d like to play, I sigh and agree, we set up this table sized checkerboard and after a while my opponent wanders off, tired of waiting for me to make my second move. They hate playing board games with me and I hate playing bored games with anyone.

I can pretty much rock at Go-Fish but it’s so juvenile for my smart-aleck grandchildren; they just throw the cards on the table and walk away leaving me holding the – well, the cards. I hate that game. It’s just too competitive.

Monopoly? I know why it was invented; to distract the people suffering in the middle of the Great Depression. Did those sufferers think the Monopoly money was real or something? Or was it just a case of transference? And what is transference anyway?

I did get to almost win sometimes at Monopoly because I learned that if I tricked someone by distracting him or her, say by throwing one of their shoes out of the window, I could cheat a little while they ran out to find it. Hey, cheaters can be smart too, you know. Sometimes even smarter than honest people. And another thing; have you ever stepped on one of those horrid little Monopoly tokens in your bare feet? Especially the little pointy-roofed houses? Smarts, right?T hat’s enough to keep me away from that game unless I wear boots.

We had Parcheesi and even Chinese Checkers too but I was always nervous about saying those 2 words fearing I’d be accused of being politically incorrect. I could have called them Asian Checkers I guess. Regardless, it’s a boring, tedious game and our boys always ended up winging the marbles at light bulbs or at each other’s heads.

I tried to get the boys to play Hang Man with me (I learned it from a book) but they unreasonably became infuriated just because I’d always pick “pneumonoultramicroscopicsilicovolcanoconiosis,” as my first word. It’s just not possible to please some people.

When I was a teenager, my parents decided it was “time” for my younger brother Stuart and me to learn how to play Bridge. So they put up the card table, got out the cards, and we all sat down to learn the famous old game. They then proceeded to get into one of the most vicious brawls I’d ever witnessed, and believe me, I’d witnessed more than a few. They fought, argued, shouted and cursed and came close to exchanging blows over the rules of Bridge. Stu and I eventually slunk away and the ‘rents never noticed. Because of that experience, I stayed with the very difficult Go Fish and Old Maid card games, refused to ever try to learn another and I have kept firmly to that personal vow. Once burned, knowhatImean?

I’ve got an overflowing Bucket List as many of us have and I know I’ll never get to do most of the things in its interior. But one long wish of mine has been to learn how to play Dominoes. It looked so easy when I was young, always played in the movies by kindly old drowsy Italians sitting in the sun in front of their grape arbors hunched over an ancient splintery table covered with their abstract Dominoes patterns. For the great sum of one dollar, I recently purchased a full set of Dominoes at the GoodWill and brought them home. They are white with black spots and they look so good! Thick, heavy, wonderful!! I thought “oh yes, at last I’m going to learn this game.” I’m not Italian, not a man and we don’t have a grape arbor although we have plenty of ratty old tables. The Dominoes came with no instructions so I thought I’d just download them from the Internet. After three pages of single-spaced directives I pretty much knew learning this ancient game was not going to happen. I mean it takes at least 2 PhDs to understand all the playing rules of Dominoes. I made it through half a page and gave up. There’s math involved I think. This is a game for mega-brainiacs and that quickly disincludes moi. But it’s not a total loss. An enterprising granddaughter made one of those “domino effect” things where she lined them up on end in designs all over the kitchen floor and then pushed the first one down. That was fun. And the delicious, magical clacking sounds they make when they bump together remind me of my beloved grandmother’s weekly mahjong games with her old lady player pals. Apparently, none of her bored game DNA passed on to me.