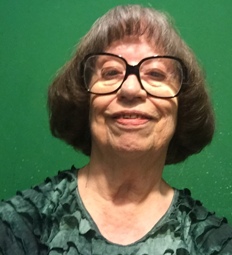 "Being Irish, I always had this love of words."
-- Kenneth Branagh.

Here it is again - the month almost everyone celebrates being or pretends they are Irish because the 17th is for Saint Patrick's Day. We proudly recall an Encore "Cookin' with Leo" column from 2008, with his remarks on said day plus a great recipe for Lent whether you require abstinence or not. Here is a 2009 link to another tasty Saint Patrick's Day recipe from the late Leo Helmer Making Good Irish Cream.


Mattie Lennon, "Irish Eyes" - talks about the March 12th celebration of the World Day Against Cyber Censorship; a neat invention or adaptation by a charming entrepreneur Sharon Doyle; and announces the official launch of Team Ireland to participate in the 2019 Word Summer Games in Abu Dhabi.  Judith Kroll, "On Trek" - features two poems from turning points in her life , "Destiny" and "Dad."

LC VanSavage's column "Consider This" talks games but her article is about "Houses and Their Ghosts." Marilyn Carnell, whose column "Sifoddling Along" defines her as "The Ultimate Pet Lady," tells why that title.

Thomas F. O'Neill, "Introspective" tells a touching and hopeful tale while Melinda Cohenour's "Armchair Genealogy" takes a break to go to the lake areas around Oklahoma City and blesses us with photos and information about the waterfowl she found.

The poems we are sharing for March are:

John I. Blair sent in "Dandelions" and "The Conversation."

Bud Lemire's three poems are "Journey Within A Book," "I Love Your Blue Vest," and along with his photo - "Me, in A Nutshell;"  while Mary E. Adair, your editor, has composed "Through the Alphabet."

Mike Craner, without whom this ezine would have never made the web, deserves many bouquets for his expertise and patience. He has added some of his poems and stories, though none recently with his demanding occupation, but to access his bio and a clickable list of his work here is the link.