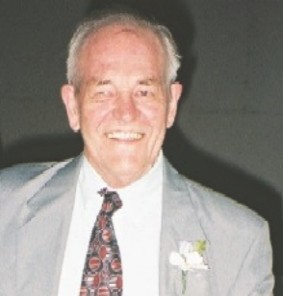 Lent Stuff, So Y'all Don't Get Too Fat Before Easter Arrives

Ya'll might be wonderin' why I ain't tellin' everybody how to fix a big pot a' Corned Beef n' Cabbage fer Paddy's Day. But, I done that several times over the past 10 years or so, if you check back. So, I think I have said all I can on that subject. But, right now, I have found some other fine fixin's from Paddy's recipe book, which was stolen from the imperial archives, before the Huns broke in and burned everything they couldn't read. And since, Huns, Goths, Gaels, an' all them other northern aliens what sacked Rome, couldn't read Latin cook books anyway, it was a good thing Paddy took them to Ireland, where many of Caesar's favorites became great Irish dishes. Seems all Paddy had to do was get rid of all the Olive Oil, Garlic, and Italian Red wine to make some pretty good eatin' stuff, for all his new found Gaelic Pals. An' since the Irish lands grew more potatoes, and grains, Paddy substituted a lot of good stuff for all that pasta and sauce that Caesar and his Roman Pals were killin' themselves with. Was no wonder they lost Rome to the invaders, they were just too damn fat to fight. So much for historic fact finding, let's see how Paddy turned Roman junk food into food fit for his new found Irish Pals.
So, while I ain't suggestin' Ol' Paddy, himself was the originator of this fine dish, nor do I ever once believe Paddy or the Irish, with all their new found faith, ever once suggested such a thing as the 40 days of Lenten fast. I am bringing this fine Irish dish to all my readers, that dates back to Paddy's time. How do I know this? Well, how else? My dear Irish Grandmother, Frances Curry, passed it on to me, even if she couldn't boil a pot of water. She told me it passed down through the ages and came into her possession from all her, and of course my, forbearers. Here it is, a great Lenten Dish to keep down the family fat.


About a 3 lb cooking chicken.

And here is how you do it:


Cut up the chicken and boil in the 8 cups of water until about half done. Pour off and reserve 6 cups of the broth. Sauté onions and ham, add chopped pimiento, garlic, oregano, vinegar, salt, pepper, capers, tomato sauce, and olives. Mix chicken well into this mixture. Then add rice and the 6 cups broth. Cook over medium slow heat until rice is tender then add the peas. Keep warm till ready to serve. Serve in large thick bowls, with a pimiento strip and sprinkle Parmesan cheese on top.

That's a good warm solid Lenten supper.
A bottle of Mich will wash it all down.

An', don't worry Lent won't last much longer
So, Behave Til' Next Year.