Chicken, An Anvil
and “The Old Bog Road”

Local singer/songwriter Barry Kinane opened the programme with a selection of his own songs.


Overheard in Ballinastockan during the Tour de France; “Would ye wonder at thim lads giving themselves such hardship. Ridin’ bikes up hills an’ down hills.”

“Listen. The winner of that will be world famous and will become a multi-millionaire."

“I know that. But what’s the rest of them doing it for.”


The Annual Sean McCarthy Memorial Weekend will be held from Thursday 01st to Monday 05th August. It starts on Thursday with an Art exhibition.

On Friday, among other events, there is a concert with Ann Marie O Riordan.

The wonderfully distinctive singing voice of Ann Marie has become so superbly recognisable not only at national level here in Ireland but increasingly on a much wider international scale. Her five albums- "Harmony Handed Down", "Melody in Harmony", "Ireland - Love of my Heart", "Song for the Journey" and ''The Joy's of my Heart'' have proven hugely popular and receive consistent airplay on radio worldwide. She has toured throughout Europe, America and Canada with her band. She felt honoured to perform Ireland's National Anthem "Ámhrán na bhFiann" in Croke Park for an All-Ireland football semi-final in August 2013. She is currently recording her sixth album including songs she penned herself as well as many old Irish favourites.


Overheard at funeral in Tallaght;


“What killed him?”
“He sneezed.”
“You don’t die from sneezing.”
“You do if you’re hiding in a wardrobe and a husband comes home early.”


A young Ballinastockan man went into Blessington and in a well- known hardware store he bought a bucket and an anvil. He stopped at the feed store/ livestock dealer and picked up a couple of chickens and a goose. However, he had a problem. How to carry his entire purchase home.
The feed store owner said, "Why don't you put the anvil in the bucket, carry the bucket in one hand, put a chicken under each arm and carry the goose in your other hand?" " I didn’t f*in’ think of that " says yer man, and out the door he went.
As he was heading out the Lacken road, he was approached by a little old lady who told him she was lost and asked if he could tell her the way to Ballinastockan.
“I’m walkin’ to Ballinastockan” says yer man, "ye can come wit’ me an’ we’ll be there in no time".
The little old lady looked him over cautiously, and then said, "I am a lonely widow without a husband to defend me. How do I know that when we get on the lonely part of the road you won't hold me up against the wall, pull up my skirt, and ravish me?"
“Now” says yer man “I'm carrying a bucket, an anvil, two chickens, and a goose. How the hoorin H'll could I possibly hold you up against a wall and do that?"
The lady said, "Set the goose down, cover him with the bucket, put the anvil on top of the bucket, and I'll hold the chickens."


Thursday 15th August will be the last working day for John Cassidy from Clogher, County Donegal. An Operational Support Supervisor with Dublin Bus, he will hang up his headphones and leave Central Control after almost four decades. One of the most colourful and versatile employees in the history of CIE he was described by one of his former Divisional Managers, as, “ A most dedicated supervisor. He could grasp the finer points of any situation, was tenacious, logical and innovative and always applied rules and regulations with common sense.”
John Busy in Central Control

One of John’s many talents is writing. Patrick Kavanagh said that the Ascot Gold Cup was the only sporting event mentioned in Ulysses so Joyce mustn’t have considered sport very important. But he also said that no one could write a comprehensive account of Irish life that ignored the Gaelic Athletic Association. John Cassidy reckoned that nobody could write a history of CIE and ignore Gaelic games so he brought out a book, “Buses, Trains and Gaelic Games” which records the contribution that transport workers made to the GAA. Where did John’s interest in Gaelic games start? There wasn’t a great tradition of hurling around Clogher, Barnasmore or Clar and even his neighbour Packie Bonner couldn’t interest him in soccer.

In his memoir “From McGettigan’s Field to Gaelic Park” John wrote , “Like most young people growing up in Donegal in the early nineteen sixties, I dreamt of one day playing for my county in an All-Ireland Football Final. We would listen to the late, great, Michael O ‘Heir as he gave a blow by blow account of games one hundred and fifty miles away. Once the match was over we would assemble in McGettigan’s field and replay the game. Two older boys would select the opposing teams: every one present was included which meant we often played twenty a side. As our pitch consisted of the entire field this was no problem. With the goalposts (four jackets) in place the game would begin. It would end for one of the following reasons: Hunger, darkness or a pitch invasion by McGettigan’s cattle.” And John did play in Croke Park not in an All-Ireland final but in the 125th Anniversary games on 8th October 2011. He was aged 58 at the time.

There were four charity matches played on that historic day on behalf of the Alzheimer Society of Ireland and Special Olympics Ireland. And who do you think procured the hallowed ground? Transport Gaels PRO, John Cassidy.

He produced a DVD, “ Transport Gaels G.F.C. 125” to record the achievements of various transport teams involved in the GAA since 1886.

A founder member of CIE Writers’ Group he was contributed to the two collections of transport workers writings, “There’s Love and There’s Sex and There’s the 46A” and “It Happens Between Stops.” In the mid-90s, with colleagues John Brady and Kevin Fitzpatrick, they set up a recycling programme which raised funds to purchase two computers for The National Council for the Blind of Ireland. Later with Kevin Fitzpatrick they rescued from the jaws of obscurity every in-house publication of CIE from 1945 until 2000. This project resulted in a DVD “Down the Decades with Link and Nuacht.” 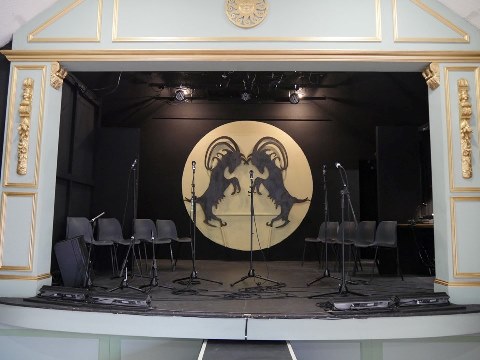