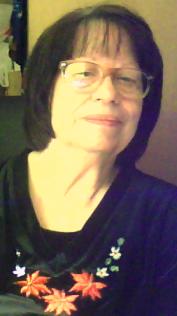 "I stopped believing in Santa Claus
when my mother took me to see him in a department store,
and he asked for my autograph."
– Shirley Temple

December with its holidays, mine is Christmas, can be so nostalgic that one may find oneself in tears more than pleasant dreamy memories. This has been a difficult issue to assemble with the recent death of Dayvid whose column "Reflections of the Day" touched so many of us; and of course his loss reminded of others we miss now like Phillip Hennessy whose poems caught your mind as well as your attention. However, both always found a way to add cheer to their life, and so shall we for this merry season.

Being nostalgic also means honoring tradition and that is why you will find "Tiny Miracle" by yours truly, appearing once more among the other poetry. Alas, our John Blair has not recouped to the point of penning his insightful, cleverly nuanced poems, but we do have four from Bud Lemire, "Thanksgiving Memories," "I Honor You!" "The Key to The Universe," and "My Ears." Walt Perryman's poems are "Christmas Eve," "A West Texas Tumbleweed Christmas," (both seasonal encores) and "My Three Daughters." Bruce Clifford adds "When We Were Young" and "I Don't Know What To Do." Mattie Lennon shares his tribute to "Ben" his long cherished, little Bichon Frisé.

Because Christmas is all about family, the poem "My Parents" composed by your editor's and Melinda Cohenour's mother Lena May Joslin Carroll, is accompanied by a photo of the couple as we always knew them. However, due to the miracle of photographs, here are pics of them taken at the 1904 World Fair in Saint Louis, Missouri. The descriptions for these were supplied by Melinda Cohenour.

Grandpa James Arthur "Artie" Joslin (on the right away from the moon's face) with his best friend (who would lose his life overseas in World War 1). This photo taken at the Fair before Grandpa and Grandma Joslin were married.

Grandma Carrie Edyth Bullard Joslin (dark auburn hair, parted in the middle, sitting closest to the moon's face) at the Fair. Grandma and Grandpa Joslin attended the Fair with their best friends. These photos were taken before their marriage.

"A Mother's Lessons" by Danielle Cote Serar, discusses how she dismayed herself when faced with her entire househod falling ill, and how she managed to cope. "On Trek" by Judith Kroll, poetically expounds on Thanksgiving priorities.

"Introspective" by Thomas O'Neill, blesses us with one of his tales with a happy ending. "Irish Eyes" by our Dublin based Mattie Lennon, is all about sound in many guises and how author John Hoban fits the subject.

"Sifoddling Along," by Marilyn Carnell, shares her realization that in certain ways her life and she herself can profess achievement. "Woo Woo," by Pauline Evanosky, admits she can also hit that valley called "worn out."

"Cooking with Rod” by Roderick Cohenour, is an encore of one of his very best Christmas solutions, although it should rightfully be known as a celebration. He is to be hospitalized again for tests and inevitable surgery. Prayers surely welcome.  Meanwhile, his wife Melinda Cohenour has included a new twist that has evolved in DNA testing in her column "Armchair Genealogy."

Walt Perryman is also the author of the continuing tale that reveals the compositions titled "Honey Dog Tales." Chapter Four is in this issue for our readers to enjoy!

We continue to thank our co-founder and webmaster, Mike Craner, whose knowlege and expertise keeps Pencil Stubs Online actually online. He does it well as we are now in our 25th year. Merry Christmas, Susie and Mike!