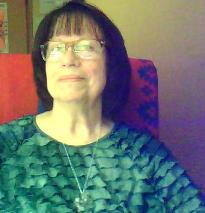 “Until you make the unconscious conscious, it will direct your life and you will call it fate.” -- C.G. Jung

However you personally interpret that quote, is not your fate but your judgement, which is when judgement is a good thing while using it for yourself and your future action and/or belief. If we didn't use our judgement in our daily lives, how could we set priorities, how could we make health decisions, how could we, well, how could we. Of course that is a rhetorical question so don't bother coming up with an answer for it, or rebuttal as the case may be, because you'll just be exercising your judgement to do so. Besides you have better things to do right now like getting into this month's literary offerings.

We have graced our pages with a dozen poems, five from Phillip Hennessy: "Does The Conscious Continue," (which title sounds like it was inspired by the column's leading quote, but isn't) "Move On Higher," "A Thought into The Universe," "Don't Deal All Them Lines," and "Precious," which has become a song as many of Phil's poems do. He sent along the MP3 but we haven't the capability of playing it for you; wish we did. There are four from Bruce Clifford, "Everything We Are," "Shattered Dreams," "This Can't Go on Anymore," and "Until The Day I Die." Riva Joi Smith sent along the romantic tone poem, "It Was Always You" while John I. Blair's two are "Half Moon" and "The Importance of Preflights" both of which should bring a smile to your face.

Our columnists, some enduring end of the summer vacation chores, didn't all show up, but the "Always Looking: People Who Made A Difference X" number ten in this series features Maria Louisa Baldwin, who among many other educational innovations is known for being the first to hire a regular School Nurse. John I. Blair credits his well researched info to the help of wife Clara Blair, who also suggested Miss Baldwin for the column. "Irish Eyes" by Mattie Lennon, our Dublin columnist loves making you chuckle and starts right off doing that this month.

Michael John Fierro discusses "September 2013 – A Universal 15/6 Month" in his "By The Numbers" column. When you read through it, you can begin planning your month to reap the advantages inherent and avoid those less promising possibilities. Numerology works more individually for people than astrology, but like astrology only shows could's and should's not will's and won't's. Fierro also has the article with the numerological prospects for the new Royal member of the United Kingdom's ruling family: George Alexander Louis.

We introduce Kay Roy Jones, a new author with her first published tale, a dream narrative styled fantasy, "Cougar Under Glass." Be sure to click her byline for her pic and bio, and you can add comments to the blog version at www.pencilstubs.net.

A returning author, Andrew Deakin aka the "One" from our SWC days, adds the short story "The End of Time." Andrew had several compositions a few years ago which can still be accessed by clicking his byline.

Mark Crocker closes his "Rabbo Tales II" with this final chapter 18, "The Battle." He hopes his faithful readers will bear with his abrupt ending, and promises more writing in the future.
We thank our co-founder and webmaster Mike Craner for bearing with us over the years for what would we do without him. Thank you, Mike.

By the way, yours truly finally updated her own bio, so be nice and let me know what you think.  See you in October!