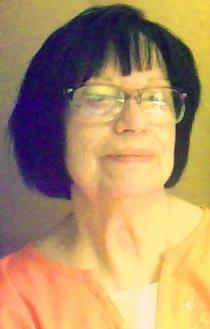 “It’s an ill wind that blows nobody any good"--Proverb.
That proverb has been quoted and mis-quoted and revised many ways, but since March is the month most maligned for Wind, it brought to mind an incident when your editor was about ten years old walking home from her piano lesson when one of the infamous West Texas sandstorms blew in. Bent forward, making her way down the sidewalk and trying to shield her eyes while hanging onto her sheet music, she was surprised when a five dollar bill blew against her leg then into the shrubbery between the walk and the road. She was able to snare it before it blew away again, and immediately turned up the walkway of the house she was in front of, to knock on the door. When a lady answered, the money was offered to her with the explanation that it was found in front of her house. The lady seemed astounded that it had been brought to her, and adamantly declared it was not hers, and could have blown in from 'Timbuctoo' for all she knew. She was just as insistent that Finders are Keepers and thus that five dollar bill padded the bottom of your editor's piggy bank for a few years. The Good from that ill sandstorm, indeed.

Yes, Piggy Bank - one given at Christmas by our Taurian mother to each of her (then) three daughters, a large ceramic. cheerful looking pig decorated with painted on flowers here and there. One sister, the Virgo, emptied her piggy each day, counting up her savings while the other sister, the Sagitarian, emptied her's or never even put the coins into the piggy, as she was forever buying little gifts for friends, a shiny hair ribbon, or a comb, or a tri pack of number 2 lead pencils, seldom buying for herself. The Virgo requested a new "bank" for herself next Christmas, a little working cash register all her own. Our allowance was a healthy 50 cents a week, which being a raise from 25 cents, made us happy.

Thomas F. O'Neill brings up the differences in cultural humor in his column "Introspective." LC Van Savage talks of the origin of the name for sandwiches in "Consider This," and her article spotlights the clarinetist Brad Terry.

"Armchair Genealogy" by Melinda Cohenour could give Lemire some tips on "Following the Trail" with her column discussing the ethics of research into family. R od Cohenour's "Cooking with Rod," will light up your tastebuds with a quick and easy homemade version of Chicken Fajitas.

"Relections of the Day" by Dayvid Clarkson gives us a glimpse into his personal life and how he gleans hope and peace from his days. Judith Kroll's column "On Trek" features her essay on the "Sun."

"Irish Eyes" delves into more serious subjects, but always with Mattie Lennon's sense of humor intact, as he discusses final options. One of Bud Lemire's poems, "Making the Difference" follows the same path, and his other poems are: "Growing Old," "The Swinger," "The Color of Life's Music," "I Lost My Marbles," and "Following The Trail," mentioned above about scouting his family tree.

Bruce Clifford adds two poems for March: "It's Not A Blessing," and "It's Never Too Late." Barbara Irvin brings us a verse detailing her drinking habits, with "Tea."

John I. Blair submitted six poems, one that has been updated from an earlier appearance in Pencil Stubs Online, because it is about a health matter that recently landed him in the hospital again for ten days - "Uncomfortably Numb - Again." The other five are "Autumn bulbs," "Nothing Interesting," "Needing People," "If Trees Sleep," and "Driving the Streets of Carmargo in My Mind."

Mike Craner, without whom this ezine would have never made the web, deserves many bouquets for his expertise and patience. Not easy keeping this little ezine able to continue its mission of encouraging writers, experienced and beginners, and to promote reading.
See you in April !!!