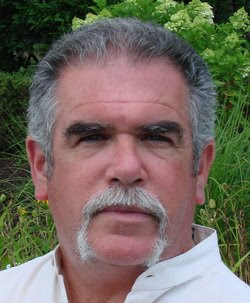 December, 2013 is an 18/9 Universal Month. This is the final month of the current 6 Universal Year, and is appropriately, a 9 Month...a month of endings and taking inventory. This is significant when one considers that 2014 is a 7 Universal Year and it will be necessary for the world to take stock of what has happened during the year so that it can move forward towards better understanding and self-awareness on all levels. With that in mind, December can be a month during which many projects are successfully terminated and moves are taken to curtail inefficient practices in both government and business. Efficiency experts may be called upon to improve and streamline procedures and policies and as a result, we may see the elimination of unnecessary personnel in various facets of public and private endeavors. Inventories of all types will be undertaken as people, businesses and governments look to shed that which no longer works for the greater, and personal good.

This may also be a time during which we see an increasing movement of people as a result of changes and adjustments being made. In the business world, there may be an increase in the buying and selling, or merging of businesses for the purpose of increasing profits or efficiency in operations. The 9 Month is a favorable time to finish things while at the same time, working to eliminate that which is not useful, or purposeful. It is important to remember that situations, conditions and programs that are built on strong foundations will endure, while those that are weak will disappear. The 9 Month can be a time of progress, and to move forward from a position of strength increases the likelihood of successes. It should be remembered that the 9 energy is not an energy that is particularly conducive to beginning new projects, so it would be best to give great thought and consideration to things and postpone moving forward until January (an 8 Universal Month).

As we enter the holiday season, the 9 Universal Month is a time for the enjoyment of friends and family, gift-giving, and doing kindnesses for others. With its characteristics of humanitarianism, philanthropy, benevolence, selflessness and altruism, the 9 energy of December is the perfect time to reflect on the brotherhood of man while understanding and participating in the idea that we are all in this together, and the welfare of one affects the welfare of all. The 18/9 indicates this month to be a time during which healing forces are at work beneath the surface so this would be a good time for everyone, everywhere, to take some time to reflect on the health of our world while giving consideration to what you, the individual, can do to improve the world in which we live. Keep in mind that this month can be a time of evolutionary growth and development as the 9 represents the “all”, and it is the “all” that must be the dominant, driving force in the affairs of businesses, governments, and individuals.

Also, during a 9 Universal Month, public personalities can be quite prominent (even more so than usual) and in a very positive fashion, these individuals could use their fame to foster and promote good through their words and actions. December may also see the passing of prominent people who are held in high esteem in the eyes of others.

On the negative side, December may also be a time of tragedy in the world. Considering the worldwide weather and natural events that have devastated the world in 2013, we may see a dramatic end to the year. Geo-political and national strife in countries may also culminate this month in additional tragic events that increase the suffering and pain of innocent people caught in the conflicts. An increase in conflict and/or arguments between parties of opposing views can also result in additional tragedy befalling people. In the world of business, December may also bring about fluctuating stock markets, creating more turmoil in the world of money and business.
Since 9 can be an energy of endings, we may also see an increase in the ending of relationships, friendships, and marriages.

As we end 2013, the 9 energy of the month provides everyone with a chance to reflect on your personal life, and an opportunity to take an inventory of your life. Check off those things that no longer serve you, and by extension, the greater good and work towards eliminating the conditions and situations that are past their expiration date. Move forward towards self-improvement and enhancing the world at large through an expansion of your humanitarianism, philanthropy, and consideration of the family of which you are a part...the family of man and the entire world.

I wish each of you the very best of the holiday season and an improvement in all that you do and experience on every level of your life.
Blessings of Love and Light!
© 2013, Michael John Fierro

Michael John Fierro is a Numerologist, Life Coach, and Author of "YOU KNOW YOUR NAME...LOOK UP YOUR NUMBERS." He has been working with numerology since 1984 and is available for private sessions, lectures, and more.
You may contact him at numerologist.michaelfierro@gmail.com or www.michaeljohnfierro.com

Click on Michael John Fierro for bio and list of other works published by Pencil Stubs Online.