Always Looking: People Who Made A Difference IX

The sale began — young girls were there,
Defenseless in their wretchedness,
Whose stifled sobs of deep despair
Revealed their anguish and distress.
a verse from "The Slave Auction" by Frances Ellen Watkins Harper (1825 – 1911), an African-American abolitionist, poet and author. She had a long and prolific career, publishing her first book of poetry at twenty and her first novel, the widely praised Iola Leroy,, at age 67.

Frances Ellen Watkins was born to free parents in Baltimore, Maryland. After her mother died when she was three years old in 1828, she was raised by her maternal aunt and uncle. She was educated at the Academy for Negro Youth, a school run by her uncle Rev. William Watkins, who was a civil rights activist. He was a major influence on her life and work.

At fourteen, she found work as a seamstress. Frances Watkins had her first volume of verse, Forest Leaves, published in 1845 (it has been lost). In 1850, Watkins moved to Ohio, where she worked as the first woman teacher at Union Seminary. In 1852, Watkins took another teaching position in Pennsylvania. During this time, she lived in an Underground Railroad Station, where she witnessed the workings of the Underground Railroad and the movement of slaves toward freedom. This experience had a profound effect on Watkins, her poetry, and her later work as an activist.

In 1853, she joined the American Anti-Slavery Society and became a traveling lecturer for the group. In 1854, Watkins was exiled from Maryland because of new laws stating that black people who came in through the northern border of Maryland could be sold into slavery. This marked the beginning of Watkins’ activism. That same year she delivered her first anti-slavery speech, on “Education and the Elevation of Colored Race.” The success of this speech resulted in a two-year lecture tour in Maine for the Anti-Slavery Society.

She traveled, lecturing throughout the East and Midwest, from 1856 to 1860. In 1854 she had published a second book of poems, Poems on Miscellaneous Subjects. While she was traveling and lecturing, several thousand copies of her books were sold, and Watkins donated a large portion of the proceeds to the Underground Railroad. In 1859, her story "The Two Offers" was published in Anglo-African Magazine. 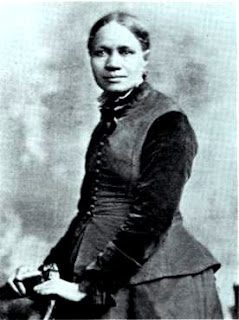 At the age of 35, in 1860 she married Fenton Harper, a widower with three children. They had a daughter together in 1862. For a time Frances Harper withdrew from the lecture circuit; but after her husband died in 1864, she returned to her travels and lecturing. As her career progressed, and especially with the end of the Civil War and death of her husband, Harper became increasingly vocal on feminist issues. She formed alliances with strong figures in the feminist movement, including Susan. B. Anthony.

In 1866 Harper gave a moving speech before the National Women's Rights Convention, demanding equal rights for all, including black women. Harper's eloquent efforts to raise consciousness on this issue earned her election as Vice-President of the National Association of Colored Women in 1897.

She also published books throughout this period, including Sketches of Southern Life in 1872, The Martyr of Alabama and Other Poems in 1894, and her well-known novel Iola Leroy, or Shadows Uplifted in 1892, which is one of the first novels published by a black woman in the United States. Its heroine is a free-born mulatta. The book tells of her struggles after being separated from her mother, her search for work, and her experience with racist boundaries in nineteenth-century society. The book, like the rest of Harper's work, intertwined the issues of racism, classism, and sexism.

Frances Watkins Harper was a strong supporter of abolitionism, prohibition and woman's suffrage, progressive causes linked before and after the American Civil War. She often read her poetry at public meetings, including the extremely popular "Bury Me in a Free Land". Numerous African-American women's service clubs named themselves in her honor. Across the nation, in cities such as St. Louis, St. Paul, and Pittsburgh, F. E. W. Harper Leagues and Frances E. Harper Women's Christian Temperance Unions thrived well into the twentieth century. A women's honors dormitory named for her and Harriet Tubman at Morgan State University in Baltimore, Maryland, is commonly referred to as Harper-Tubman, or simply Harper.


Bury Me in a Free Land

Make me a grave where'er you will,
In a lowly plain, or a lofty hill;
Make it among earth's humblest graves,
But not in a land where men are slaves.

I could not rest if around my grave
I heard the steps of a trembling slave;
His shadow above my silent tomb
Would make it a place of fearful gloom.

I could not rest if I heard the tread
Of a coffle gang to the shambles led,
And the mother's shriek of wild despair
Rise like a curse on the trembling air.

I could not sleep if I saw the lash
Drinking her blood at each fearful gash,
And I saw her babes torn from her breast,
Like trembling doves from their parent nest.

I'd shudder and start if I heard the bay
Of bloodhounds seizing their human prey,
And I heard the captive plead in vain
As they bound afresh his galling chain.

If I saw young girls from their mother's arms
Bartered and sold for their youthful charms,
My eye would flash with a mournful flame,
My death-paled cheek grow red with shame.

I would sleep, dear friends, where bloated might
Can rob no man of his dearest right;
My rest shall be calm in any grave
Where none can call his brother a slave.

I ask no monument, proud and high,
To arrest the gaze of the passers-by;
All that my yearning spirit craves,
Is bury me not in a land of slaves.
©Frances Ellen Watkins Harper 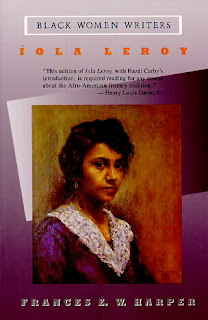